E-toll decision to be announced in February budget – Mbalula

E-toll decision to be announced in February budget – Mbalula

IN a State of Transport Entities briefing on November 26, Transport Minister Fikile Mbalula confirmed the likelihood of a decision on e-tolls...
Read more
Feature

THE ANC’s Eugene Johnson has been elected the executive mayor of Nelson Mandela Bay metro municipality after winning with over 60 votes.
Read more
Feature

WHEN alleged VBS bank heist ‘kingpin’ Tshifhiwa Matodzi and several other directors who orchestrated the R2.7 billion bank scam appear in the Palmridge Magistrate’s Court in Gauteng on Thursday, thousands of irate investors in Limpopo will be all ears.

The suspects, arrested on Wednesday following a massive search and seizure operation by the Hawks and National Prosecuting Authority (NPA), will appear in the Palmridge Magistrate’s Court in Ekurhuleni Gauteng – probably in a hearing to be attended only by justice officials and security personnel due to the COVID -19 regulations.

But thousands of eager investors from across far-flung villages of Limpopo will be waiting for news on the outcome of the dramatic arrests following an almost two year long wait for action.

At last, scores of investors, including social clubs, burial societies, businessmen, hawkers and investment groups that lost out on millions in savings when the bank was forced into liquidation in 2018 due to alleged corruption will finally get to understand how their savings were squandered.

In December 2018, the ANC in Limpopo recalled the mayors of the municipalities that made deposits into the bank in violation of regulations.

However, the mayors have not been arrested and have been allowed to serve as councillors.

The wave of arrests on Wednesday may spell trouble for the political heads of these municipalities.

Such has been the fear among investors who lost out as a result of alleged looting by senior executives that last year people stayed away from a parliamentary hearing into the saga in Thohoyandou in Venda.

The killing of two trade unionists who were calling for action against the looters also heightened fears among the investors who dreaded they could also suffer the same fate.

But political activist and former Member of Parliament and former political prisoner Dean Tshenuwani Farisani, who is among community leaders who have been campaigning for justice in the mater, says the arrests have emboldened more people to speak out and be fearless.

The Directorate For Priority Crime Investigation (DPCI) announced on Monday it conducted a simultaneous search and seizure operation in 10 premises in Gauteng and Limpopo and arrested four suspects.

The DPCI said three other suspects were expected to hand themselves over and that an “eighth suspect has been affected by the COVID-19 quarantine requirements and will be secured after completion of the relevant processes.”

The DPCI said it has been working on the matter since August 2018 as an inquiry and was converted into a docket in May 2019.

“It investigated the conglomerate of offences with the guidance of the National Prosecuting Authority. Thus, it was decided to charge the suspects with forty-seven (47) counts of various criminal offences.”

They include five counts of Patterns of Racketeering Activities in contravention of the Prevention of Organised Crime Act 121 of 1998 (POCA), 12 counts of theft, 7 counts of fraud, 15 counts of corruption and seven counts of money laundering. The bank was placed under liquidation in November 2018.

“The investigation revealed that as at 11 March 2018, there was a general deficiency in the monies received by VBS amounting to two billion two hundred and ninety-six million five hundred and ninety-nine thousand and eight rand (R2,296,599,008).”

The DPCI said the scam was hatched on 4 July 2017 when the board of directors for VBS approved financial statements for the year ending 31 March 2017.

It said this made the bank to look richer while it was in fact insolvent.

“The financial statements were shockingly inflated.”

The DPCI said the investigation has revealed that the 10 men who are the suspects “either unduly directly or indirectly benefitted at least R122, 287 863 which was not due.” It also found that 20 municipalities deposited an amount of R3, 7 billion of which R2,2 billion was paid back; leaving an amount of R1.5 billion in VBS Mutual Bank.

“I don’t think our people are ready to celebrate now. We are only congratulating the security and justice cluster for this first phase of arrests,” said Farisani.

Together with other community leaders they have been leading protests calling for justice for the two slain unionists and for those implicated in the VBS saga to be arrested.

“We shall monitor this case until it reaches the end. We want to find out how people’s hard earned money was stolen and by who,” said the respected man of the cloth.

“There’s no era where fear doesn’t permeate. But people are saying come what may – aluta continua!”

The bank’s collapse has caused devastation among investors some of whom put all their life’s savings in the bank – among them a sickly civil servant who put R500 000 of her hard earned savings into the bank. Political parties including the EFF and DA have welcomed the arrests.

“Investigations of this magnitude are complicated and labour intensive. The DPCI received this investigation during August 2018 and immediately started by putting together an investigation team consisting of fifteen (15) investigators some of which are on secondment to the DPCI from the Detective Service of the SAPS,” the directorate said.

(Compiled by Inside Metros staff) 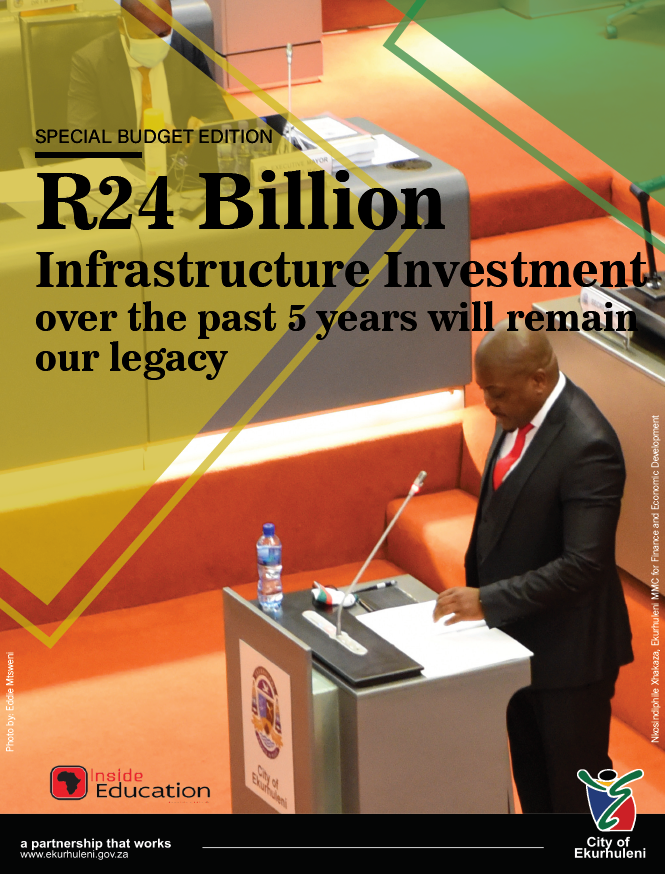 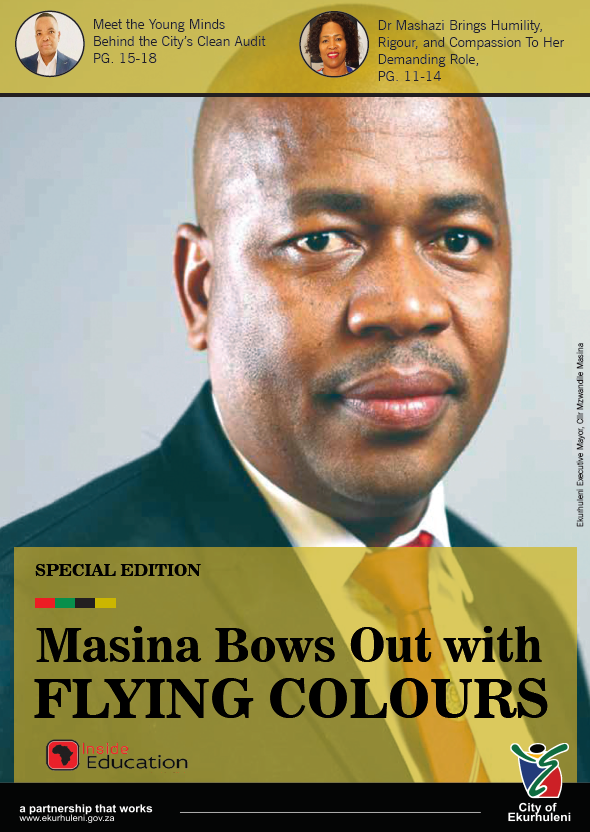 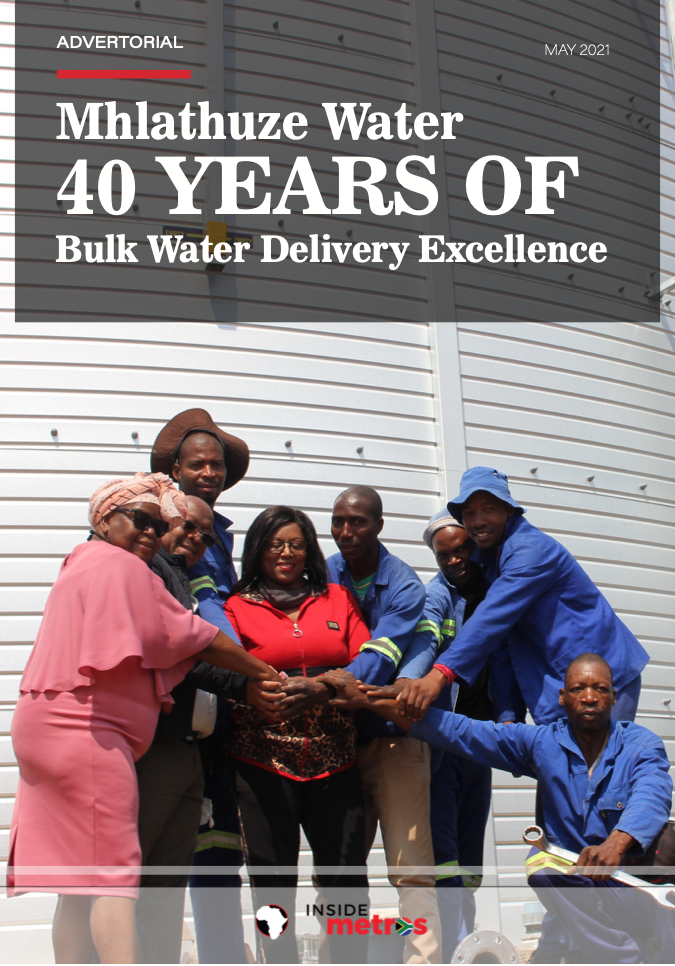 CYRIL RAMAPHOSA| IN exactly one week from today, South Africans will go to the polls to elect their...
Read more

THE ANC’s Eugene Johnson has been elected the executive mayor of Nelson Mandela Bay metro municipality after winning with over 60 votes.
Read more