PEARL RANTSEKENG| THE City of Johannesburg has intensified its campaign to clamp down on illegal water and electricity connections,...
Read more
Home Feature SONA Promises A Ray Of Hope For Municipalities. But Will Government Deliver?
Facebook
Twitter
Pinterest
WhatsApp

IT was not surprising that one of the loudest cheers to President Cyril Ramaphosa’s State of the Nation Address on Thursday came when he announced some municipalities would be allowed to procure their own power directly.

The Auditor General’s latest audit report on municipalities showed that only 18 of the country’s 278 municipalities are functioning properly while the rest are in a sorry mess.

This is underlined by the fact that at least 40 municipalities are currently under section 139 administration and others owe embattled power utility Eskom a joint estimated R36 billion. Auditor General Kimi Makwetu’s report in June 2019 highlighted municipalities’ noncompliance with regulations led to irregular expenditure of R62.6 billion during the 2017/18 financial year. This was an increase from R51 billion announced by the AG a year earlier.

The announcement by Ramaphosa is perhaps a signal he is finally setting his plan to get municipalities functional into action.

On Thursday he said a broad range of critical work is being done across government to strengthen the capacity of local government.

“Provincial and national government will re-double their support and strengthen the capacity of municipalities as required by Section 154 of the Constitution and provide for the monitoring and support of municipalities,” said Ramaphosa.

The announcement by the president came just two weeks after a cabinet lekgotla to discuss the District Development Model resolved to crackdown on errant municipalities.

“In light of persistent municipal dysfunctionality and failure by provinces to intervene timely, decisively and effectively… Cabinet through CoGTA to intervene directly in municipalities through Section 154 or (139) or 100 (1) (b) of the Constitution where necessary,” reads one of the resolutions from the lekgotla.

The SA Local Government Association [SALGA] raised concern about placing municipalities under administration before a meeting of the National Council of Provinces late last year.

Although Ramaphosa has expressed a desire to crack down on non-performing municipalities he sounded a bit restrained in his SONA saying:  “It is only when the structured support has failed that the provincial executive or national government will invoke a Section 139 intervention.”

The cabinet lekgotla also resolved crucially that CoGTA at national level will be deploying technical expertise to provide a shared service to district municipalities to address challenges of service delivery, financial management, governance and administrative issues.

He cited the example of the Mamusa municipality in North West, saying its residents “have already seen this approach in action, where the District Development Model was effectively utilised to clear illegal dumping sites, refurbish pump stations to stop sewage spilling in the streets, build roads and lay water pipes, and provide water and toilets to local schools.”

He said this year government plans to expand the district development model to 23 new districts.

The model was piloted in the OR Tambo, Ethekwini and Waterberg district municipalities from August last year and if implemented efficiently, may be the answer to the scourge of corruption, allocation of tenders to cronies and companies without the expertise to do the work they are paid to do.

The DDM, according to government aims to accelerate, align and integrate service delivery under a single development plan per district or metro that is developed jointly by national, provincial and local government as well as business, labour and community in each district.

Under the DDM ‘each district plan ensures that national priorities such as economic growth and employment; improvements to living conditions; the fight against crime and corruption and better education outcomes are attended to in the locality concerned.’

Ramaphosa said he will be signing performance agreements with all ministers before the end of this month “to strengthen the capacity of the state and increase accountability.”

But he did not say why this was necessary when the ministers are already required by the constitution to carry out their duties.

Ramaphoa said the agreements are based on the targets contained in the Medium-Term Strategic Framework and will be made public “so that the people of South Africa can hold those who they elected into office to account.”

He said the performance agreements are “the cornerstone of a new culture of transparency and accountability, where those who are given the responsibility to serve – whether as elected office bearers or public servants – do what is expected of them.”

“It is a culture where corruption, nepotism and patronage are not tolerated, and action is taken against those who abuse their power or steal public money,” he said.

In 2019 Ramaphosa raised the disturbing fact that there has never been a new city built a new city in 25 years of democracy, despite the fact that research showed 75% South Africans are going to be living in the urban areas by 2030.

He said the cities of Johannesburg, Tshwane, Cape Town and eThekwini are running out of space to accommodate all those who throng to the cities.

But on Thursday he revealed that a new city was being built in Gauteng’s Lanseria area. But this plan has been in the pipeline for well over a decade and should have already come to fruition under his predecessors. 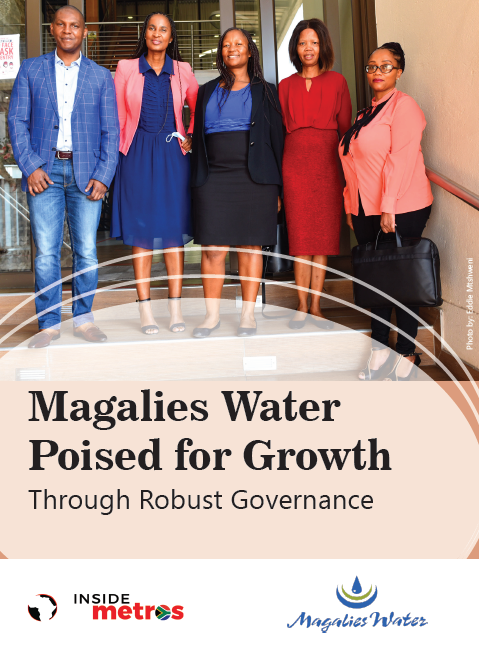